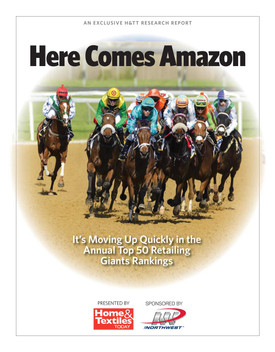 Originally published in the August 2017 issue of Home & Textiles Today

How the companies were ranked:

In order to be eligible for the ranking, each retailer must sell more than one home textile category.

The ranking crosses all formats of retailing. Companies are classified by their primary channel of distribution.

Sales estimates are based on information from a variety of sources including the companies themselves, public company fi lings with the Securities and Exchange Commission, discussions with industry analysts and suppliers and published and unpublished reports, including newspaper articles in various retail trading areas.